In November 2019, 33 healthcare data breaches of 500 or more records were made known to the Department of Health and Human Services’ Office for Civil Rights (OCR). That equates to a 36.5% drop in reported breaches from October – the worst ever month for healthcare data breaches on file since OCR were first listed on its website in October 2009. The fall in breaches is good news, but data breaches are still taking place at a rate higher that one every day. 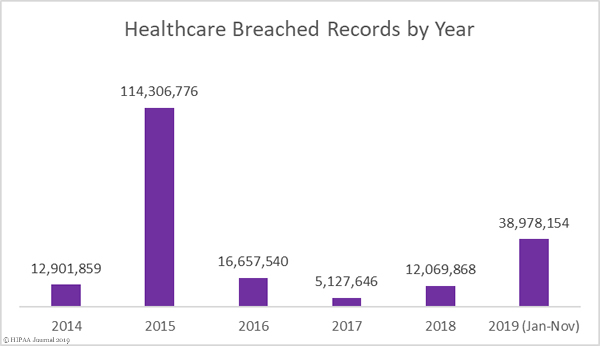 Hacking/IT incidents made up the most of November’s breach reports and accounted for 63.6% of data breaches made known in November and 90.75% of the breached records (545,293). The average breach size was 25,966 records and the median breach size was 3,977 records. 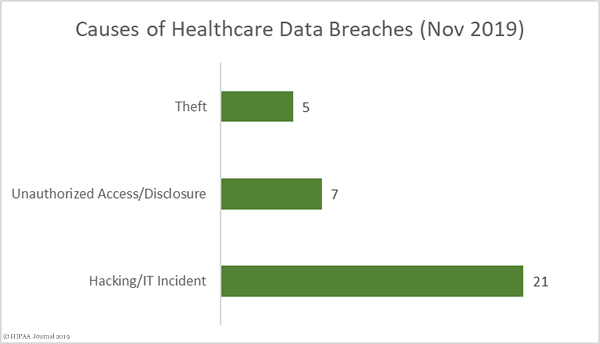 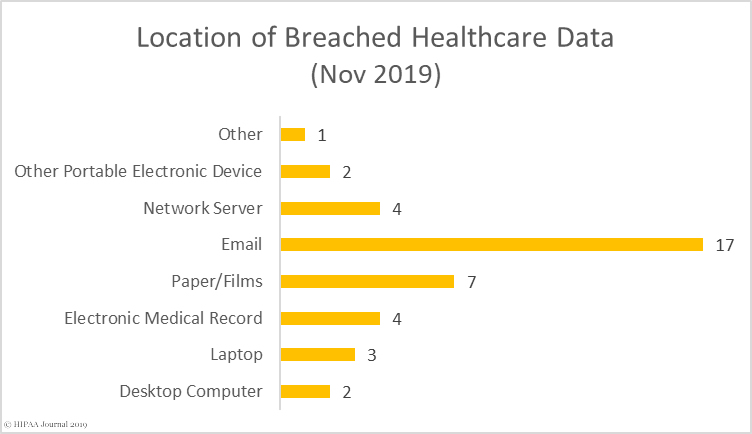 Data breaches were reported by covered outfits in 19 states. California was the worst impacted with 4 breaches, followed by Illinois, Missouri, New York, and Texas with three breaches each. Two breaches were made known by covered entities in Florida, North Carolina, and Pennsylvania, and there was one reported beach in each of Alaska, Arizona, Colorado, Connecticut, Indiana, Maryland, Michigan, Minnesota, Nebraska, Utah, and Virginia.