We have put together healthcare data violation statistics from October 2009 when the Department of Health and Human Services’ Office for Civil Rights first started releasing summaries of healthcare data breaches on its web portal.

The healthcare data breach figures below only include data breaches of 500 or more records as more minor breaches are not released by OCR. The breaches include closed cases and breaches still being reviewed by OCR.

Our healthcare data breach statistics clearly portray there has been an upward trend in data breaches over the last 9 years, with 2018 seeing more data breaches reported than any other year since records first started being released.

There have also been major changes over the years in the main causes of breaches. The loss/theft of healthcare records and electronic protected health information dominated the breach reports from 2009-2015, although better policies and processes and the use of encryption has helped minimize these easily preventable breaches. Our healthcare data breach statistics show the main causes of healthcare data breaches is now hacking/IT incidents, with unauthorized access/disclosures also widely experienced. 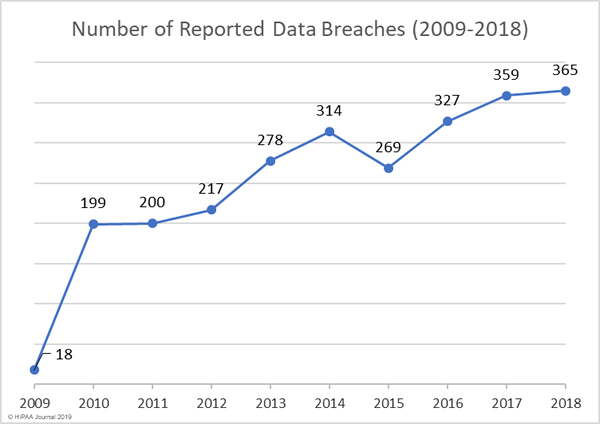 There has been a general increase in the number of records exposed each year, with a massive rise in 2015. 2015 was the worst year in history for breached healthcare records with more than 113.27 million records impacted. 2012 was the best year with just 2,808,042 healthcare records exposed. The situation has improved since 2015 with consecutive falls in the number of exposed records. Although that trend did not go on in 2018. The number of exposed records grew twofold year over year, from 5,138,179 records in 2017 to 13,236,569 records in 2018. 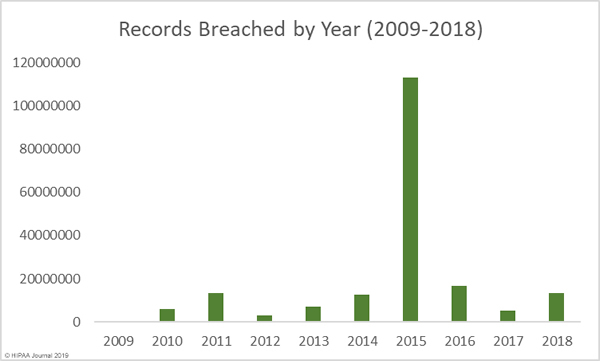 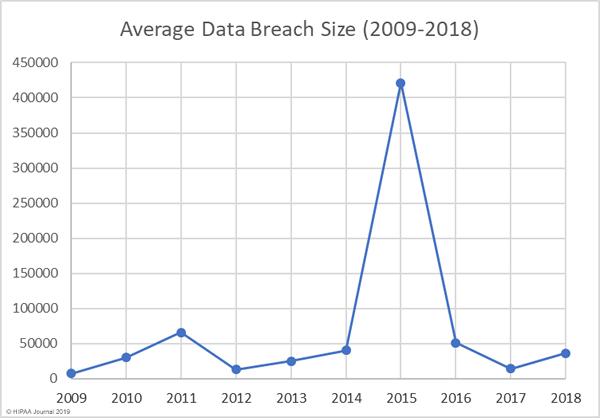 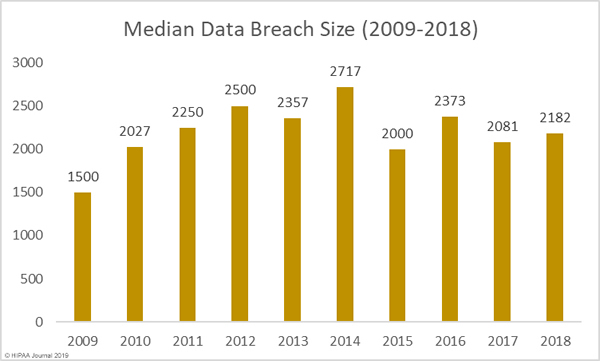 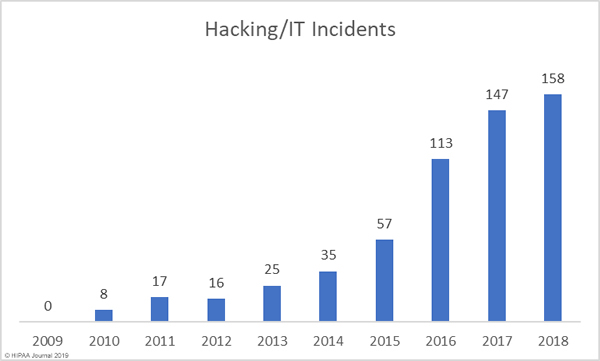 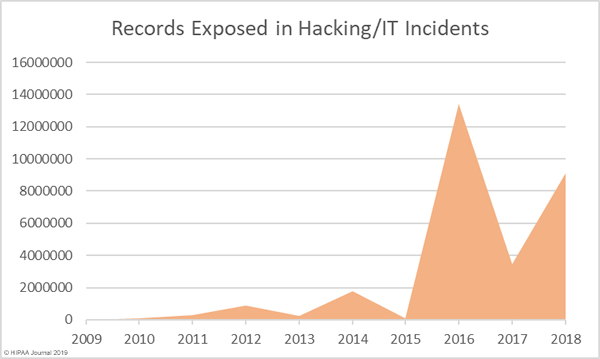 As with hacking, healthcare groups are getting better at detecting internal breaches and also reporting those breaches to the Office for Civil Rights. While hacking is the leading cause of breaches, unauthorized access/disclosure incidents follow closely. 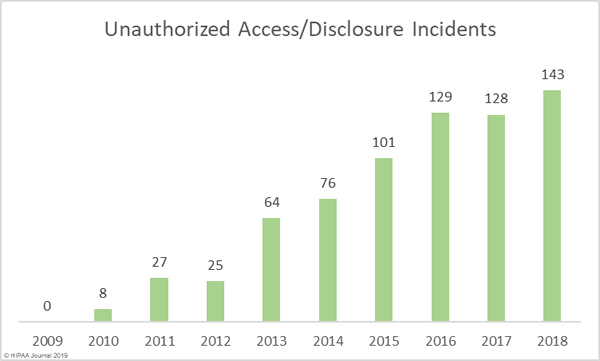 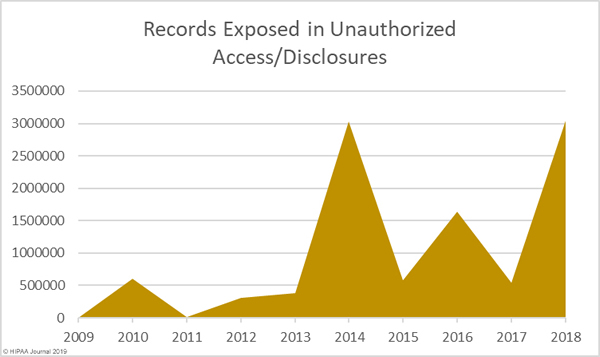 Our healthcare data breach statistics show HIPAA covered groups and business associates have got significantly better at safeguarding healthcare records with administrative, physical, and technical controls such as encryption, although unencrypted laptops and other electronic devices are still being left unsecured in vehicles and locations accessible by the anyone. Many of these theft/loss incidents involve paper records, which can equally lead to the exposure of large amounts of patient information. 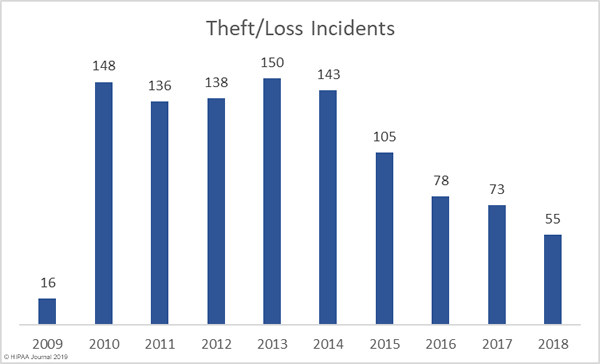 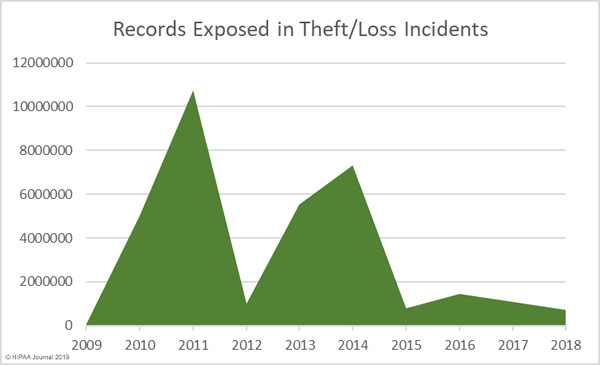 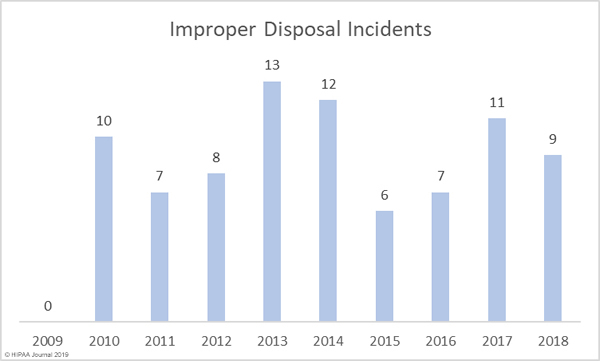 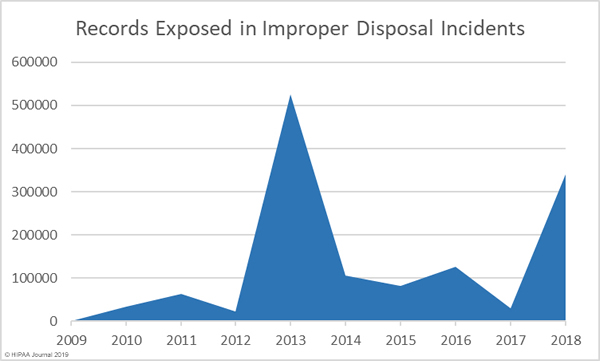 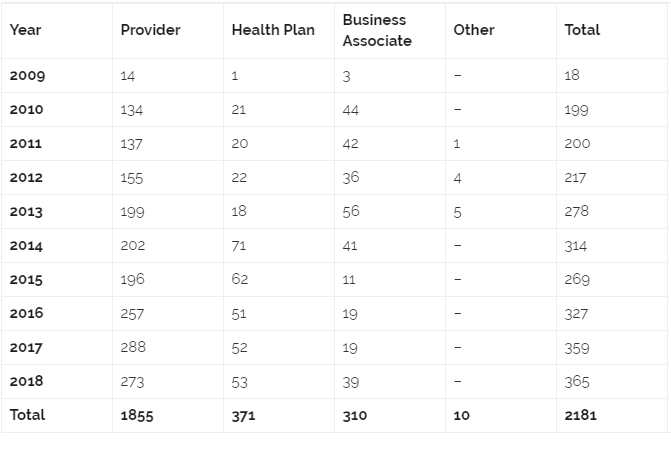 The penalty levels for HIPAA violations is detailed in the infographic here: 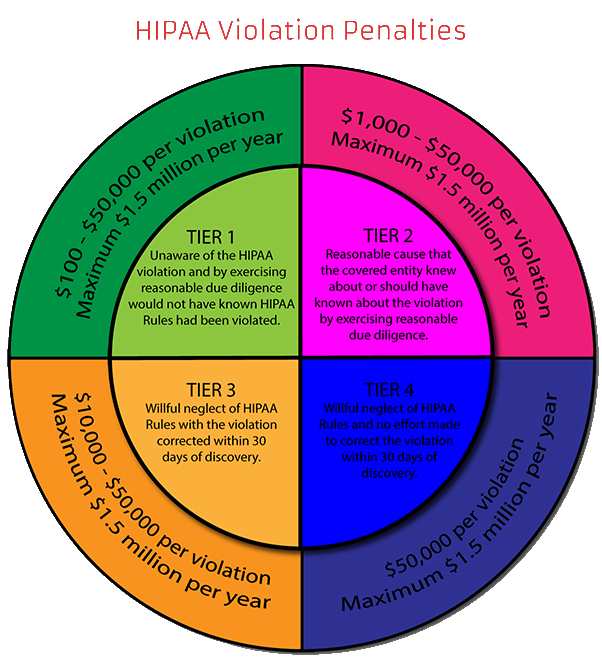